2nd Place in the 15/15 Nampa, ID!
2nd Place at the PBR BFTS Colorado Springs, CO event!
And these are just a handful of Dener's accomplishments! 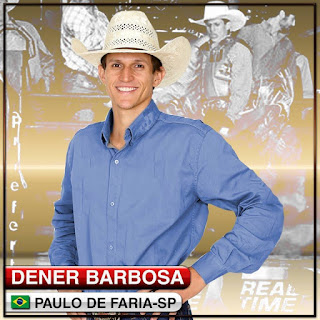 Dener Barbosa made his debut in America after winning the
2016 Monster Energy PBR Brazil Finals and 2016 PBR Brazil Championship
held in Barretos, Brazil.

Barbosa went 5 for 5 to secure the event win and the championship.

He earned an invite to the 2016 PBR Velocity Tour Finals where he
came in 8th place with a 50% riding average.

Barbosa then competed in the PBR BFTS World Championship where he came in 16th place in the world finals riding 3 out of 6 bulls including Stone Sober.

At 23 years old, he has a long and potentially very successful career ahead of him.

According to PBR,
"Barbosa is the highest-ranked rider in the world standings that did not finish in last year’s Top 35 and is one of the biggest winners following the first BFTS cut. "


Barbosa will continue to compete in the United States in the PBR BFTS, fulfilling his dream of competing in America with his lovely wife and daughter cheering him on.

Adriano Morais “Dener uses balance better than anyone I know,” Moraes said last year at the 2016 Built Ford Tough World Finals. “He balances like Justin. Justin rides with strength, but a lot of balance and timing. Even though they are two totally different styles of riding, but Justin had perfect timing and Dener has perfect timing.”

Justin McBride "Our riding styles are a lot different, but he does have a lot of great balance,” McBride said. “The bull he rode in the championship round. He did absolutely nothing with his free arm. His shoulder stayed so even to me. I didn’t think he was going to get by that bull. He has such great balance. He doesn’t fight it. If a bull is very strong, he doesn’t fight against that and try to clamp down. He lets them throw him around on their back. I think he is really good.”

Barbosa’s balance and timing was a big reason why Moraes was confident that Barbosa would be riding on the 2017 Built Ford Tough Series. PBR article - Barbosa is Coming into his Own 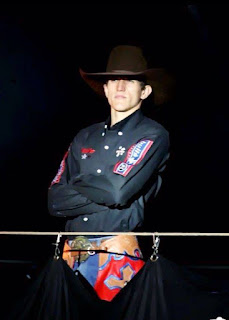 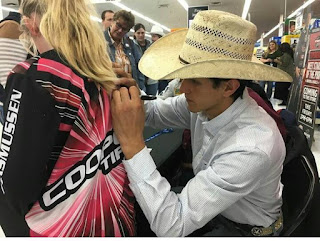 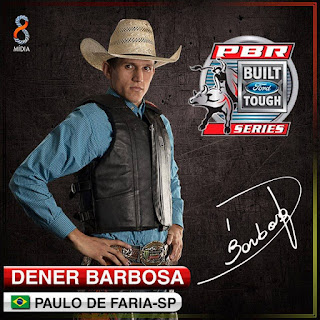 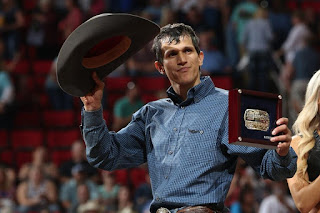 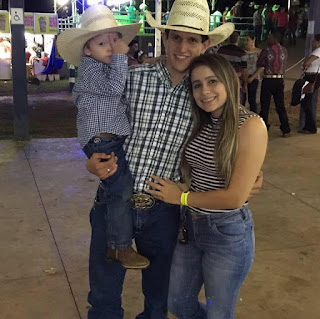 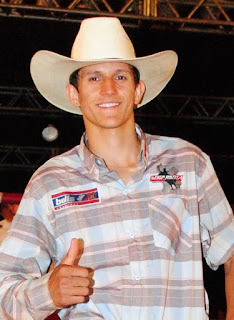 https://www.youtube.com/watch?v=H3R6XbIjzyI  Barbosa does great with interviews. He is learning English so he can communicate without a translator