Steve Carter is competing in the American Qualifier Feb. 15-17 as well as through out the year.  We are looking for full or partial sponsorship for this event and all of 2017.

We appreciate your consideration. Please read Carter's bio below and options to partner with this amazing man who I am humbled to work with.

Steve Carter served in the US Army during the most difficult years of the WAR on terror. With four combat tours, a Purple Heart from a suicide bomber, and his commitment to work every day to give back to others who serve as a board member for Warriors and Rodeo

Any company would be proud to have their logo on his gear and social media. 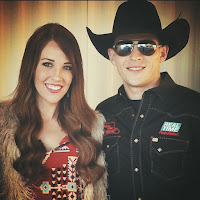 Carter entered the Army 3 July 2003 completed basic, airborne school, and RIP(Ranger Indoctrination Program) at Fort Benning Ga. He then deployed with 375 Ranger Regiment twice to Iraq and twice to Afghanistan. His platoon aided in the recovery of Matt Axelson
after the failure of Operation Red Wings in Afghanistan.

Carter received a Purple Heart my last deployment in Iraq.
"On a deployment we inserted to an objective from uh-60's we started to take fire from an insurgent in the back of a stake bed truck located in front of the target building we returned fire while moving to the entry point. As we made it closer to the truck approximately 10-15 ft away a suicide vest was deployed."

2017 Carter plans on competing in  numerous events across the country including:

Carter competes primarily in the PRCA almost every weekend through out the year.  When he isn't attending an event he is setting up booths at various rodeo events, marathons, markets, etc.

Sponsorship includes (depending on level):

Please email smith@smithprollc.com if you would like to sponsor Steve Carter.